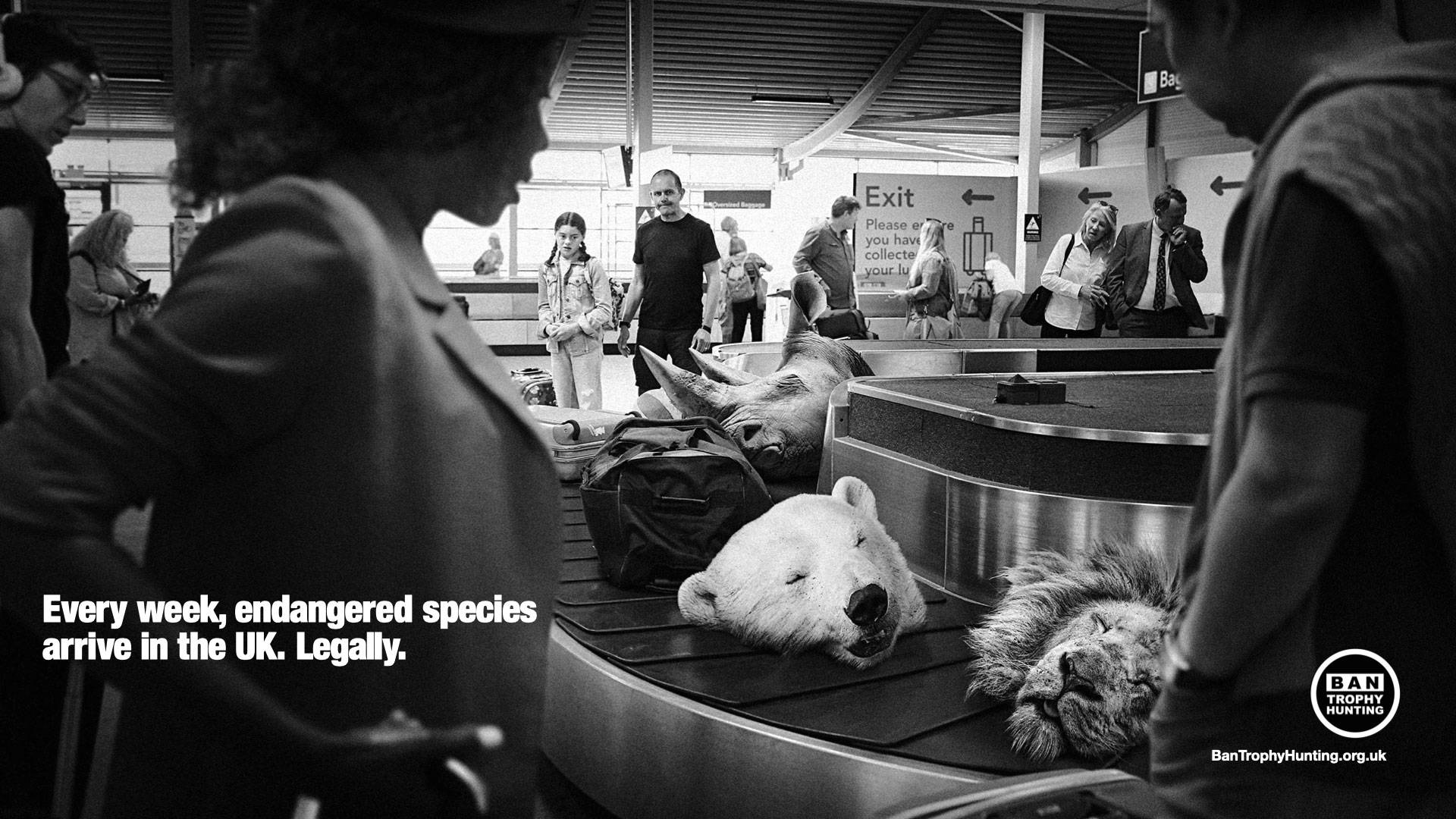 Shockingly it is still legal to kill and import hunting trophies into the UK.
The Campaign to Ban Trophy Hunting asked us to help pressurise the UK
government to introduce long promised legislation, without delay or compromise.

We created a poster that showed the unvarnished and uncomfortable truth and unveiled it to the media outside of parliament alongside supportive MPs before touring the country to further pressure MPs to pass the bill.

The bill is due to pass before the end of the year.

“This poster is an incredibly powerful statement that we believe will help raise awareness of this disgusting behaviour and motivate the public to demand that their MPs pass a robust ban."

Eduardo Goncalves, founder of  The Campaign to Ban Trophy Hunting